Biography
Since the beginning of his career as a lawyer, he has developed his work as a entrepreneur, being the founder of our firm.

Areas of specialization
Family and inheritance civil law; horizontal property.
European community law.
Criminal law. Gender violence.
Civil and criminal procedural law.
Due to her training, she is specialized in the resolution of consultations, mediation and extrajudicial resolution of conflicts, as well as in the intervention and defence of contentious matters before the civil, criminal and commercial jurisdiction.

Biography
She began her work as a lawyer, assuming the direction of legal advice for a group of transnational companies from 1998 to 2004.
Since 2004 she became part of our firm, of which she is currently a partner.
He has taught classes on civil procedural law and gender violence in various courses organized by the Bar Association of Malaga (2016-2018)
Member of the tutorial team of the Master’s Degree in Legal Practice organized by the University of Malaga and the Bar Association of Malaga, courses 2018/2019 and 2019/2020. 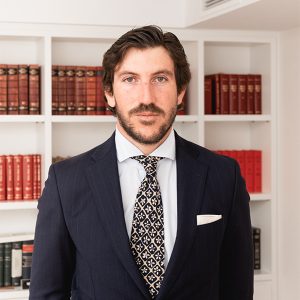 Training
Law Degree Universidad Complutense of Madrid (2011)
Master of Legal Practice in Marbella (Málaga)
Master in “Instituto de Estudios Bursátiles”, IEB, (Madrid)
He studied temporarily for a year in Sydney and Oxford obtaining the necessary qualification in the IELTS exams to study for his degree abroad.

Areas of specialization
Real Estate, Urban Planning and Construction Law.
Civil Law, contracts and insolvencies.
Extensive experience in extrajudicial conflict resolution (Alternative Dispute Resolution or ADR).
Banking and financial law.
He is specialized in advising on transactional operations, with a specialization in Urbanism and planning; development and execution of projects; joint-ventures and real estate law. He also has experience in corporate restructuring, bankruptcy law and
corporate and commercial matters in general.
Antonio has advised national and international clients, such as investment funds,
financial entities, developer and construction companies, finalist operators, family office and service providers.

Biography
He joined the firm in 2010. He is currently a member of it.

Biography
His career began as an International trade advisor at the Economic and Commercial Office of the Embassy of Spain in Bulgaria. 2009-2010.
Later, he worked as a lawyer in charge of an International law firm in East Europe (Romania and Bulgaria) and Moscow (Russia) Offices, providing legal advice to companies on internationalization in various sectors: public construction, agro-food industry, real estate, etc. He also specialized in the process of foreign investment in Spain and Portugal.
Since joining COBO & BLÁZQUEZ law firm, as partner, his areas of
specialization include, among others, legal advice to companies and individuals
in real estate investment operations in Spain.

Areas of specialization
Public Law and Urbanism.
Specialized in resolution of queries (Opinions, Reports and Notes) and contentious matters, in all areas of Law and, especially, in Constitutional and Administrative Law, protection and rehabilitation of historic centres, contracting, commercial companies (incorporation, merger, division, groups), responsibility, expropriation, environmental legislation, fundamental rights and protection of competition; Assistance to various ministerial bodies, report and preparation of draft laws, consultations of the Regional Governments and municipalities, and legal experience before the Constitutional Court, Civil and Administrative
Litigation jurisdictions, and the Competition Protection Court.
With training and specific experience in urban planning: assistance in the drafting and processing of planning, management or execution of plans (training and assistance of Compensation Boards, urbanization charges, etc.), urban planning discipline (licenses, restoration of legality, sanctions, ruin), and sectorial legislation.

Biography
Collaborative lawyer at S. Muñoz Machado Law Firm: from September 1990 to June 1999.
Lawyer specialized in Public and Administrative Law-Urbanism: with offices open since June 1999 in Marbella and Estepona.
Experience in drafting urban planning, innovations to planning, partial and special plans, and intervention in the revision procedures of the Madrid, Jaén, Antequera, Marbella, Casares, Manilva, Alozaina, Istán, PGOUs (municipal
planning documents), etc.
Member of the management team of the consultancy firm “Seguí-Arquitectos” in charge of drafting the Territorial Planning for the Western Costa del Sol, 2005-2006 (POT).
Also, during 2007 and 2008, member of the Drafting Commission of the Subregional Plan for the urban agglomeration of Malaga, 2007-2008 (POTAUM).
Member of the Management Commission of the Marbella Town Hall (provisional government created as a result of the intervention by the Government of Spain), responsible for the area of urban planning, April 2006-June 2007.

Rafael has being collaborating with our office since 2012.

Training:
Lawyer of the Bar Association of Madrid.
Law degree from the Universidad Complutense of Madrid in (2003-2008).
Official Master in Tax Consulting and Taxation from the CEF -UDIMA Centre for Financial Studies in Madrid (2012-2013).

Areas of specialization:
Commercial, Corporate and Contract Law; advice on mergers and acquisitions, divisions and incorporation of companies, as well as planning of corporate restructuring; partner’s agreements. Purchase and sale of businesses; companies and assignment of activities; commercial, tax and contractual due diligence in all its extension.
Tax law. Tax advice to both individuals and legal entities throughout the tax field, both at the state, regional and local levels, as well as in matters of non residents and international taxation.
Procedural Law; civil, commercial and administrative litigation procedural law.

Biography:
He began his career in the firm Gurtubay Lawyers Madrid (2008-2010), working in the areas of civil and Commercial Law.
He joined the Perez de Ayala Abogados Law Firm in Madrid in January 2011, where he developed his professional career as a lawyer until December 2019, collaborating in the areas of Tax, Commercial and Litigation Law, both Civil and Administrative.
He joined COBO & BLAZQUEZ in January 2020, collaborating in the Departments of Fiscal-Tax, Commercial- Partner Law, as well as Civil and Real Estate.

Areas of specialization
Her functions within the firm are post-sales customer service, contracting supplies, administrative procedures, applications, carrying out and managing information tasks, Non-Resident Taxes, accounting and Cadastre, always under the supervision of one of our lawyers.

Biography
She joined the firm as an administrative in 1993, being part of our team since then.

Biography
In the area of management and client care she worked from 1997 to 2012 for the company Caravan Saray, SL
Managing communities of owners, she carried out her activity as property manager from 2012 to 2016.
He joined our office in 2017 as a paralegal. 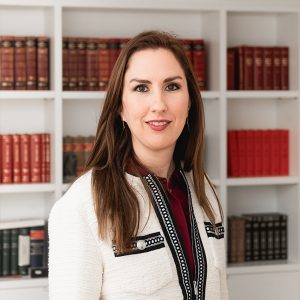 Training
Degree in Business Management and Administration University of Malaga

Biography
April 2006 to February 2007 cashier at La Caixa Bank
May 2007 to October 2008 accounting at Carlos Gómez Carreras
April 2010 to May 2018 chief accounting tax department
She joined our firm in may 2018 as collaborator and head of the Tax Accounting Department.

Training
Graduated in Finance and Accounting from the University of Malaga 2015.

Biography
In the area of accounting and tax consulting, he has carried out his work in the following companies:
Asemco, SA 2016
Spence Clarke, SL 2017-2018
Focus Legal Abogados, SL 2018-2019
He joined our firm as accounting advisor in September 2019 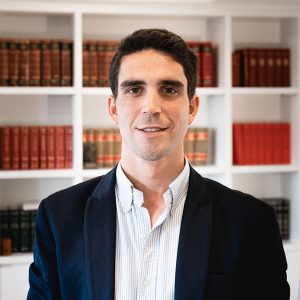 Biography
He has developed his work in the following companies:
Blue Square real estate, SL 2016-2017
Charming Marbella, SL 2017-2019
It is incorporated as administrative partner to our office in October 2019.